The precious legacy of Jessie Thomas

How many fathers are there who would not be proud of a daughter who follows in his professional footsteps, perhaps with greater success? And what happens to the goldsmith master David Thomas, who boasts a designer daughter, Jessie Thomas, who, thanks to her father’s teaching, took off in the world of jewelry.


Jessie Thomas, who lives and works in London, learned everything in the goldsmith’s workshop where she practically grew up (she lived upstairs). And it is also the reason why she has retained an artisanal skill in the creation of her collections. Although, before following in her paternal footsteps, the designer experimented with the art market. Among other things, her professional relationship with Mr. Thomas, who in the past worked for Georg Jensen, continues: the goldsmith’s experience is useful for the creations of her daughter.

Style? Jessie Thomas says she draws a lot of inspiration from French and Italian designers of the 1920s and 1930s. Moreover, she is fascinated by the goldsmith technique: if the designer learns to use a technique, she wants to put it into practice immediately. For the moment, however, no charm comes from themes widely used by jewelers, such as nature. Jessie Thomas uses recycled 18K white and yellow gold, platinum and sustainably sourced stones. 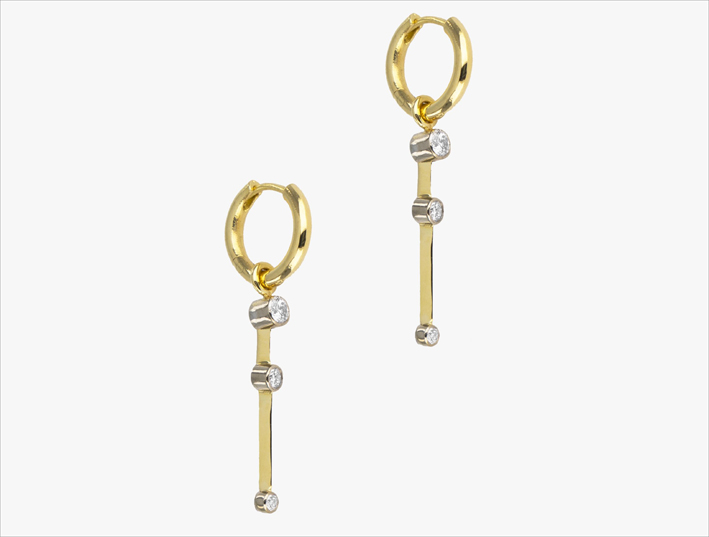