Presented together with Cartier’s Magnitude collection, the Mauna set remains a unique case in the high jewelery scene. These pieces of high jewelery, in fact, revolve around a special gem: the imperial topaz. It is a stone known by few, with a high reflective property, which has a particular history. It is called imperial, in fact, because its name is linked to Russia and, more precisely, to the time of the tsars. In the nineteenth century, in fact, this type of topaz was mined in the mines of the Ural mountains. And only the tsar’s family was allowed to wear this gems. Recently this stone has been re-evaluated and has become part of high jewelery collections, such as that of Cartier.


The French Maison has used two-tone imperial topaz (but in this case they come from Brazil), together with sapphires, diamonds and rutilated quartz, mounted on white gold. If the imperial topaz is reminiscent of the tsars, the style of these jewels is instead linked to the art deco period, with geometric virtuosity and an aspect that would have been liked by Jeanne Toussaint, the historical designer and artistic director of Cartier between 1933 and 1970. 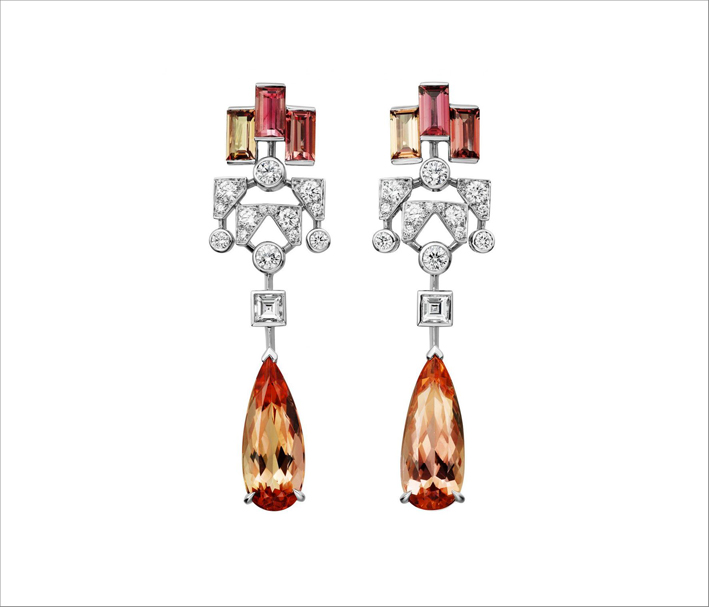