Angela Cummings, a designer who entered the Olympus of the great creators of the twentieth century ♦ ︎
Women Jewelery Designers is a book written by Juliet Weir-de La Rochefoucauld, which in 360 pages focuses on the work of major designers. Divided into three historical sections, the book begins with the introduction of female designers who were working between the First and Second World Wars. In the post-war period, until the eighties, one of the major designers on which the book focuses is Angela Cummings.

It is worth knowing. She was born in Klagenfurt, Austria, in 1944, but at the age of three she moved with her family to the United States. She studied art in Perugia, Italy, and in Hanau, Germany. She then married a former Tiffany gemologist, Bruce Cummings, in 1970. Her career as a designer coincided with the work of Tiffany & Co., from 1967. She designed the first complete jewelery collection under her own name in 1975. She became one of the innovative jewelry designers (together with Paloma Picasso, Jean Schlumberger and Elsa Peretti) associated with Tiffany. Then, in 1984, he set up his own brand, whit her name, in Bergdorf Goodman. A geometric necklace with emeralds and diamonds designed by Angela has been sold for 1.5 million dollars.

Angela Cummings was also famous for the type of processing with 18 carat gold, platinum and silver, with precious stones: often mixed these materials with unconventional combinations such as wood. He also experimented with classical techniques of creating jewels, such as the inlay of precious metals and iron, with a process known as “damascene”. Ginkgo leaves, spiderwebs, vines, shells, feathers, sea foam, dragonflies and orchids have been sources of inspiration. Giulia Netrese 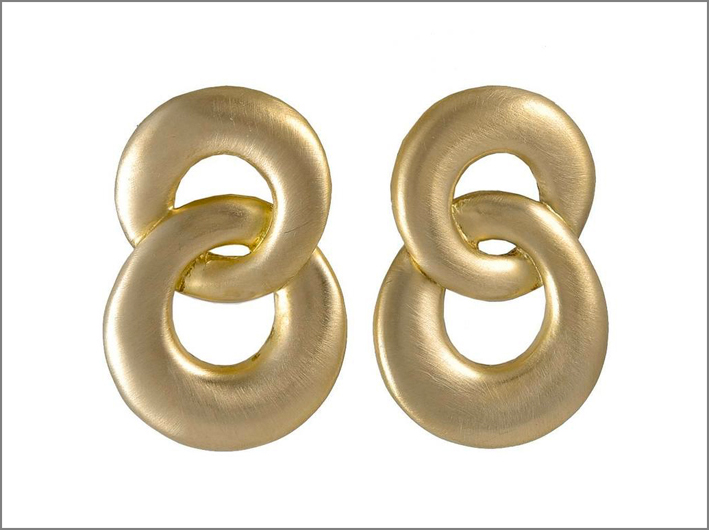