New-signed Jaquie Aiche collections: the California dreamer who cherishes freedom ♦ ︎
The new jewels by Jaquie Aiche remain faithful to the creative philosophy of the designer who from California proposes those atmospheres and those dreams that enchanted during the sixties and seventies. A little Coachella, a little Power Flower, for free and liberated women. This combination combines the brand image choice that combines jewels with a sexy atmosphere, with models in sensual, very provocative poses.


his desire for transgression or, better to be a bit maverick, Jaquie Aiche has also acquired it thanks to a youthful past in a multi-cultural environment with Egyptian and American parents. An unusual cultural fusion, which is at the basis of the cool mix of symbols and styles used for her collections: turquoise, fossil and precious gemstones, Middle Eastern influences with hammered gold, amulets and images of gods. Her simple and eye-catching jewelery has brought it to the fore in a few years and she is now favored by a host of Hollywood stars and not only. Here are his latest proposals. 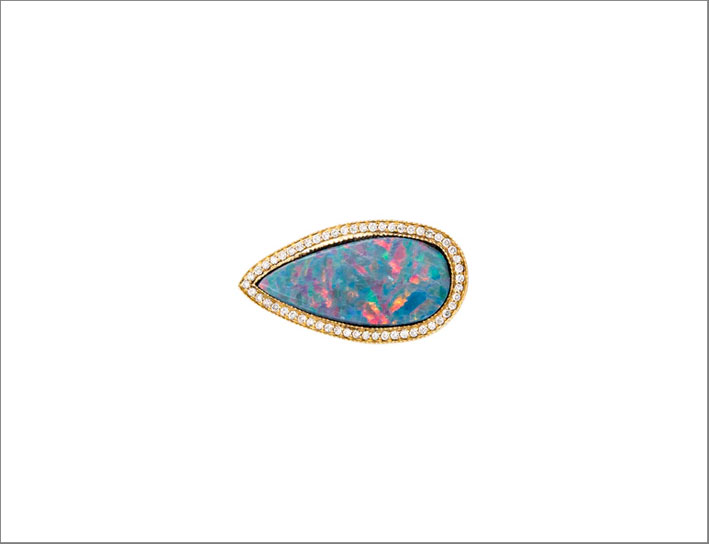 Wisteria blooms early: Crieri doesn’t wait for spring to launch a new series of jewels. The

We all hope to live in a Belle Époque and perhaps many are experiencing it, albeit

Elena Donati is a designer who joins the list of women who have studied economics, but

Rishabh Tongya traveled alone by plane for the first time at age
Anemone, in Greek mythology, was a nymph of Flora (goddess of vegetation)
For the uninitiated, the term serendipity means discovering something by chance, i.e.
There are those who do not give up their favorite Christmas dessert
Francesca Marcenaro’s volcanic fantasy, from Pisa to London with surprising ideas. And