The art of seeing black

Sometimes seeing black can be a luxury: she knows this, Jacqueline Cullen, designer specializing in Whitby jet jewelery. Since it is very easy you don’t know what it is, you better explain: Whitby jet is a black fossil material, similar to lignite, which was formed in 180 million years. It is very soft to be worked and is also used to make jewelry. In particular, it is associated with the Victorian era mourning jewelry. The fashion to wear these jewels, in fact, was started by Queen Victoria, after the death of her husband, Prince Albert.

Jacqueline Cullen has chosen the Whitby jet, trying to enhance the material, carved hand. The fossil material is then combined with gold and diamonds, blacks of course, with some concessions to the hue champagne in rare cases. The result has a certain charm and, in any case, is distinguished from the rest of the common jewelry. But the designer doesn’t just use the Whitby jet. She also loves composing her jewels with Botswana agate together with champagne diamonds, or with stones such as spectrolite or black jade. 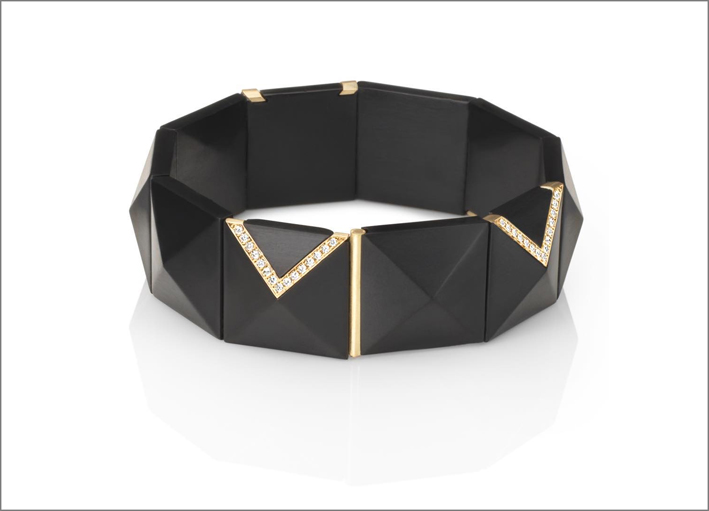