Okay, forever gluing an actress to a role she has held in the past is a mistake. A good actress does not have to be the icon of one of her characters. But, forgive us, it’s impossible not to remember Emma Watson as Hermione Granger, even if she has since starred in blockbuster films and held other roles. The Harry Potter saga will forever remain in the hearts of millions and millions of admirers. But Emma Watson is not just an actress: she is also an intelligent woman involved in various social causes, it is right to remember this too. Last but not least, she is also a lucky woman because nature has given her a handsome appearance.


Witness her catwalk on the occasion of the Bafta, the most acclaimed film award in Great Britain (who turned 75. For the occasion, Emma Watson presented herself with the long Diamond Rain Fringe earrings by Tatiana Verstraeten. 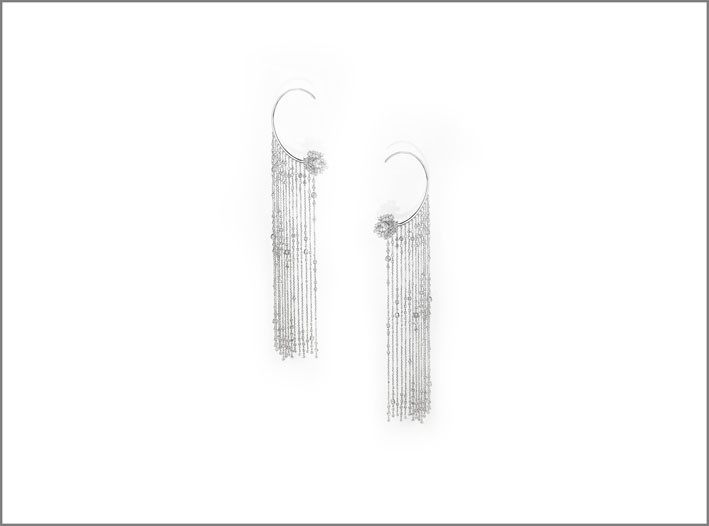 Alex and Ani, a jewelery brand founded by the American-Armenian Carolyn Rafaelian, launches a collection dedicated

The long history of Van Cleef & Arpels began in 1896, although
Green diamonds are very rare and very expensive. Because they have a
The jewels of Romano Diamonds, a Milanese company that continues the tradition
The jewelry auctions in Milan open the season with two valuable pieces.
The pleasure of being out of the ordinary. It is one of