Big deals (71.3 million) and big jewels at Christie’s auctions in Geneva. And Graff buys one sapphire for 2.5 million ♦ ︎

Winter is a very hot season for precious gems and beautiful jewels. This is evidenced by Christie’s November auctions in Geneva, which reached a total of 71.3 million dollars (about 64.7 million euros), with an additional 38.6 million Swiss francs for Only Watch, the sale of 50 watches for unique luxury made by the best watch manufacturers for research on Duchenne muscular dystrophy. Christie’s four sales had registered bidders from over 40 countries and 30% were new to Christie. The Magnificent Jewels auction concluded the sales series with a selection of exceptional jewels. The sale reached 55.2 million (50.3 million euros), with a total of 12 lots that sold over 1 million, and 92% of the lots assigned. The magnificent jewels, among other things, are also a cultural event: they attracted over 3 thousand visitors to the Four Seasons Hotel des Bergues where they were exhibited.

Once again, the November week of sales in Geneva attracted buyers from all over the world and this month with a particularly strong contingent from Asia. With a triumphant Only Watch charity auction, including a CHF 31 million Patek Philippe, which established a new world auction record for any timepiece, auctions of jewellery, watches and wine were solid with a strong sell-through rate of above 90%, underlining the successful strategy for Luxury of the leading auction house.
François Curiel, President Christie’s Europe

In particular, a 7.03-carat blue rectangular ring with a deep blue patterned VVS2 diamond, mounted by Moussaieff, was sold for 11.6 million dollars, with a price per carat of 1.6 million. It was purchased by a private collector. A cushion-cut diamond, color D, internally impeccable, weighing 46.93 carats was beaten to 3.1 million, while a ring of Harry Winston with rectangular cut diamond, color D, purity VVS2, weight 25.20 carat was awarded 2.5 million dollars. Among the gems, an octagonal cut Burmese sapphire weighing 42.97 carats was purchased by Graff for 2.5 million. Federico Graglia 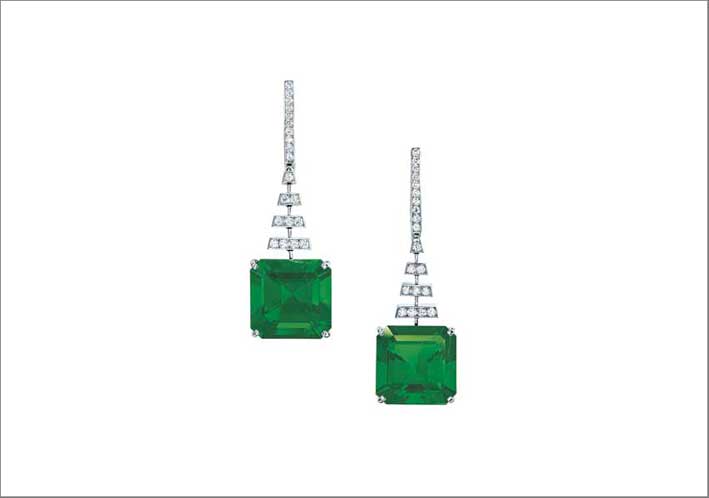